The west coast of Canada is a stunningly beautiful place, with huge, tall rain forest trees, open seas where whales jump, otters play and seals appear in the harbours. But under the beauty there are many of the native people living in distress with transgenerational traumas in need of relief. Thanks to an invitation to a conference, PHN got the chance to plant seeds of healing to some of the First Nation communities. 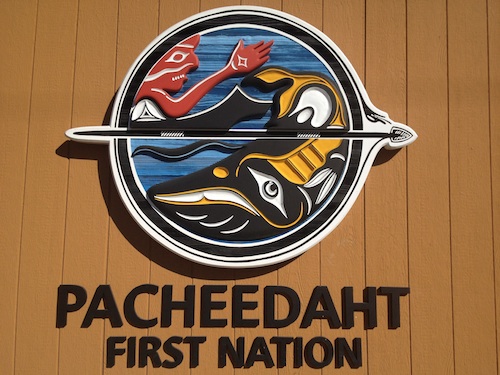 Peaceful Heart Network was invited to Victoria in British Columbia in the far west of Canada by our colleague Karen Ledger, a great supporter of our work and EFT practitioner since 25 years. She sent us an email: “The CAIET conference (the Canadian Association for Integrative and Energy Therapies www.caiet.org) will be here in my hometown Victoria. Take the chance and come and promote your book! “

We could not miss this opportunity to bring out Resolving Yesterday, do networking and last but not least meet one of the world´s trauma experts Psychiatrist Bessel van der Kolk who turned out to be the key note speaker (if you haven´t read his book The Body Keeps the Score – order it!) (link)

“Without tapping I could not do my work”, he commented during his speech. Afterwards we asked him for a comment about tapping and trauma.

”I have been studying trauma for the past 40 years or so. I find Tapping acupressure points extraordinary helpful to calm people down and make people more focused. It is a very integrate part in the work I do with traumatized individuals.” (link)

Before we decided to participate in the CAIET conference we made sure there would be able to teach TTT to people in need of stress and trauma relief. We asked Karen to contact the First Nation communities on Vancouver Island where Victoria is situated. It turned out to be a very well received initiative.

Last time in Canada we learnt about the struggle of the native people there. Many of them have been deprived during generations. Especially those who were taken away from their families to be brought up in the so-called Residential Schools, often run by Catholic priests and nuns. There they were not allowed to speak their language, have contact with their families or use their traditions. They were stripped off their culture and lost the belonging to family and community. This – in combination with other forms of discrimination – has given deep psychological effects to a large part of the native population,.

Today the suicide rate and levels of depression and anxiety are much higher than among the majority population. 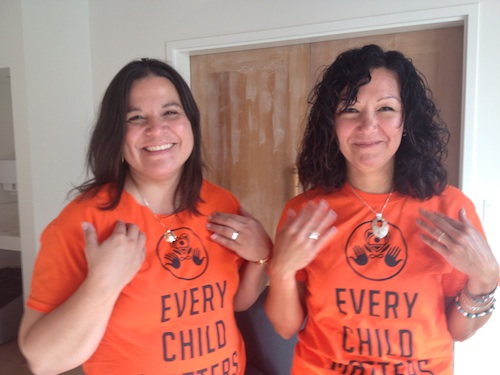 Monique Pat and Penny Cooper, aboriginal nurses at Jubilee Hospital in Victoria, BC.

Lately the First Nations in British Columbia have been allowed to develop more of their own health system. This makes a big difference. That made it also easier for them to invite us to do the TTT stress and trauma trainings.

At one of the hospitals (Victoria Jubilee Hospital) there is now a ceremonial room where traditional forms of healing may be arranged. That was where we held the workshop. One of the Aboriginal nurses, Monique Pat, introduced the workshop by smudging us all with sage.

“Thank you for bringing this tool to us. We can now begin to work on the traumas with a different approach” she said.

“It actually works! It will be very useful in our communities where there is a lot of suffering.”

One of the participants in the workshop in Pacheedaht commented:

“We have had eleven suicides just in our family. I am myself a survivor of sexual abuse and suicide. Now I want to help others in the community. I hope to be able to use this tool of TTT” 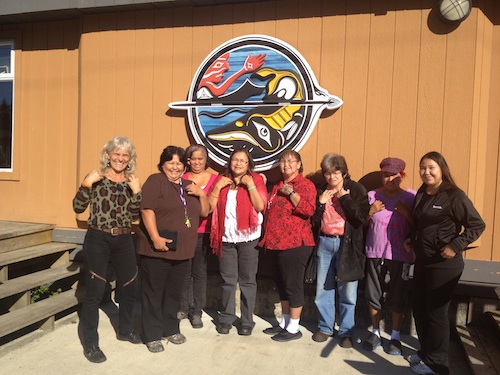 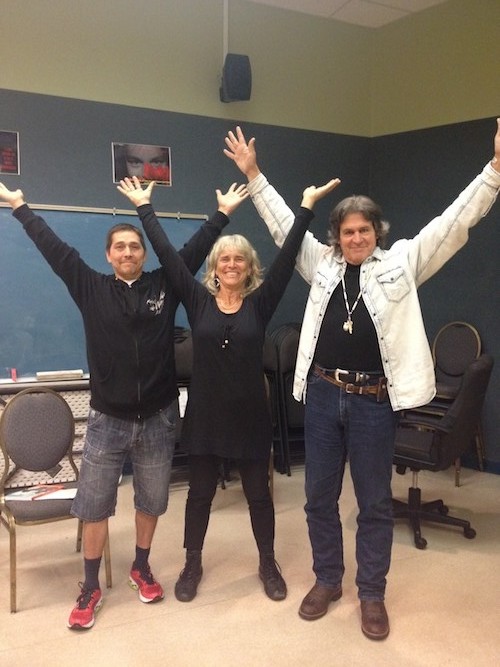 Thank you all for the confidence!

Shortly after our visit in Canada, Mr Justin Trudeau was elected prime minister. He took initiative to ask forgiveness to what the First Nation people have been exposed to.

The First Nations of Pacheedaht and Tseycum, the Aboriginal Health Team of  and the staff of  all took the opportunity to learn TTT.