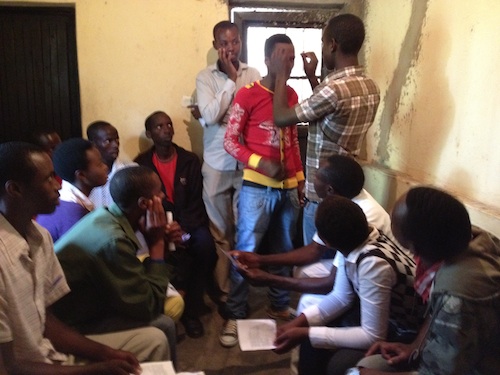 When Murigo Veneranda started her multiplying effect experiment together with the refugees in Kigeme camp she trained 8 people. She told them to train five people each. After a couple of weeks they called her and said. “OK, now we are 40….” That was a month ago.

“It is now over 500 refugees who have been trained in TTT” she says over the phone. “They will still teach others. Imagine if we could reach almost everybody in the camp!”

As we wrote here in the blog before Murigo Veneranda has started a multiplying scheme of TTT in the refugee camp of Kigeme in the southwest of Rwanda. There are 17 000 refugees who have had to flee the violence in the neighbor country DR Congo. The plastic houses look like sugar cubes on the hill where they have been placed by the UN refugee commission UNHCR .

Murigo started out by training 8 people, among them the president of the refugee committee Benjamin. When I came with her some time later they were 40, since she had told them to train 5 people each.

We met in the local bar, since we are not allowed to enter the camp itself without special permit. Squeezed on benches all managed to get in, sharing some soft drinks and chatting about what had happened since Murigo was there last time.

Mr Safari translated for me from French to Kinyarwanda and Swahili. His name is Safari which means Travel. He got this name because he was born when his mother was fleeing from Rwanda to Congo. And now he has been forced to flee……back to where they came from. Forced travels.

All those who had come were very enthusiastic and eager to know more about how to deal with those internal images of violence and atrocities that many of them live with after being attacked in their villages back home. They demonstrated how they did the Tapping. We showed some videos and did our best to answer all their questions.

“Can we use TTT for children? Some scream of nightmares almost every night”

“Are those who just talk to themselves like a crazy traumatized?”

“Some don´t eat at all, can that be a symptom of trauma?”

“How often can we use TTT?” etcetera

Since then the multiplying effect has continued. Now they are more than 500 Trauma Tappers in Kigeme refugee camp. We will see how Murigo will manage to meet them all. She is planning to go there soon. 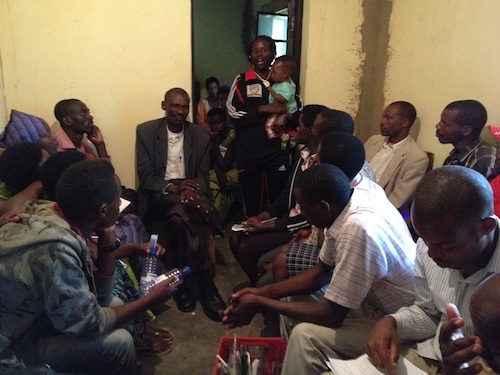 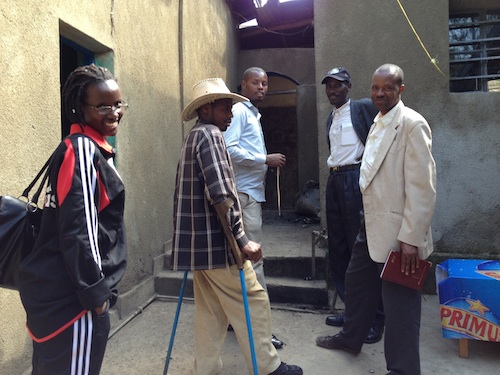 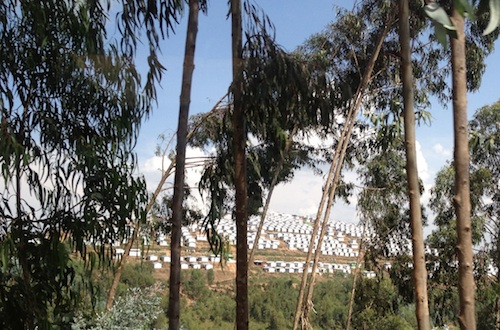 Like sugar cubes of 3×4 meter, are the plastic houses for the 17 000 congolese refugees placed on a hill top in the southwest of Rwanda.